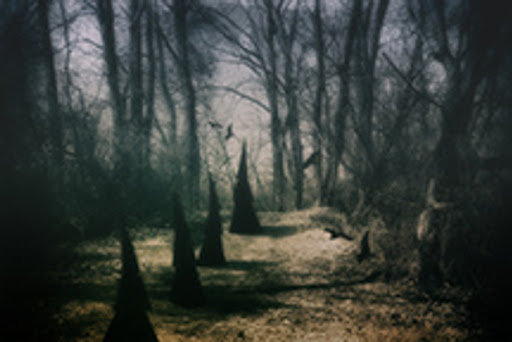 Witchcraft, Wicca, Devil worship, old crones eating babies, hexes and that Voo-Doo-that-you-do-so-well, you and I have been conditioned to think these things when you hear the word Witch and now according to The Guardian, young women everywhere are flocking to witchcraft. Lock up your virgin’s! Witches are on the loose. But this isn’t your great-great-great-great- grandmothers witchcraft, or is it?


Every generation or so you hear about a resurgence in interest in the natural spiritual arts, whether it is witchcraft, Wicca, Shamanism or tree hugging. It is not a true resurgence according to Sandra Stevens, owner of At Mystic Mountain in Royal Oak, Michigan, but people feeling more comfortable to come out of the closet about their beliefs.  Practitioners of Witchcraft have been persecuted for centuries and still are in less educated and more superstitious parts of the world.

To my son on your 11th birthday

July 15, 2014
Dear Colin on your 11th birthday,As I snuggle next to you as you go to sleep on the eve of your 11th birthday, I think about the moment you were born. I pulled you to my chest and every bit of pain faded and wonder filled my heart.

As I snuggle next to you, I remember how I couldn't sleep at all that night. Not one wink of sleep. It was just after midnight and I stared at you in that lucite bassinet. Thought how it didn't feel right to not have you by my side. So I took you out and laid you down next to me on the bed in the birth center hoping the nurse wouldn't make me put you back. I wondered when you would wake up so I could feed you and look into those dark little eyes.As I snuggle next to you, I know the day will come very soon where you will not ask me to lay next to you as you go to sleep.I've told you that it is okay with me, then you say "mom, will you lay next to me?"As I snuggle next to you, I think of the big hearted young man you are growing up to…
1 comment
Read more 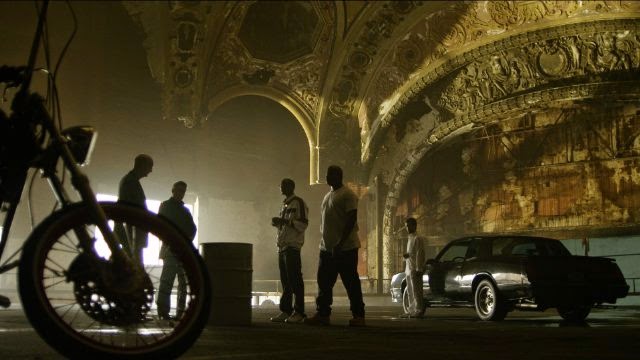 Detroit is rapidly becoming the urban action film setting of choice for Hollywood.Productions
like Red Dawn, Kill The Irishman, Transformers 3, Detroit 1-8-7, and Real Steel have flocked
to Detroit to take advantage of the abundant, relatively barren cityscapes, and film friendliness.
MMM recently had the opportunity to visit with Street Kings: Motor City, one of the latest films
to take advantage of Detroit’s post-industrial back lot.

January 19, 2012
But treating depression isn’t what this article is about.It’s about writing through depression.Here’s a bit of advice on how to do that:
As a teen suffering from bipolar disorder, I never received medical treatment.  The wisdom of the time was that you just had to tough it out.  Things have changed, and I know several writers who live with it now, thanks to the proper medications.

By then I was already writing, so what did I do?  I’d be a liar if I said that I ever got anything done in my down times.…
Post a Comment
Read more

Depression is a common ailment.  At one time or another, the average person suffers through at least one episode of major depression in their lives.
Among writers,according to one article in the Scientific American, rates of depression may be as much as ten times higher than in normal populations, the rate of suicide as much as 18 times higher.
So what can you do about it?  I’m not a doctor.  I’m just a writer who has suffered through depression a number of times in my life.  It runs in my family.  Both my father and my grandfather attempted suicide on multiple occasions.

You should know that there are several types of depression, and each needs to be treated differently.  I suffered with bipolar disorder as a teen and into my early twenties.  By my mid-twenties it went away, but in my early thirties I began to suffer from seasonal affective disorder.  I beat that, but in my mid-forties got hit with a bout…
Post a Comment
Read more 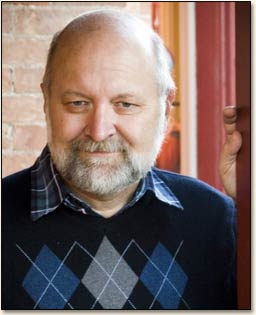 David Wolverton who has published under both his pen name David Farland, has penned nearly fifty science fiction and children's books. Dave has been a Judge for one of the world’s largest writing contest, WRITERS OF THE FUTURE! Fiction and fantasy novels for both adults and yound adults.


David Farland will be guest blogging here on Oct 28th! Ask him anything...This blog is specially designed toward the artistic mind and depression, anxiety, bipolar, borderline personality disorder.... Questions about WRITING, ACTING, SCREENPLAY'S anything goes. If you miss this chance, you will regret it. !!!!! Hit me up with a message on my gmail. hopeacrenshaw@gmail.com. All questions are anoymous. You can post your questions on my last blog and don't leave a signature. Please do this. Creative minds can be confusing and we are not alone
.
This blog is to let us artistic types to know we are not alone. That goes for Writers, Actors, Artist's, Designers, Musicians etc. Please feel free t…
Post a Comment
Read more 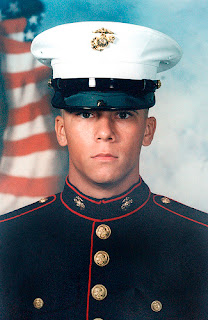 I want to thank all that served before,and all that will protect our country in the future....


My nephew, Scott Dougherty, 20 of Bradenton, Fl. was killed July 6,2004, when his Humvee struck a tank mine in Anbar province, Iraq. His Humvee ran over a tank mine, flipped over a ravine and exploded. He was a proud Marine in the 2nd Light Armored Reconnaissance Battalion, 2nd Marine Division, II Marine Expeditionary Force at Camp Lejeune, N.C.

He was fun loving kid with a great sense of humor. He always knew how to make everybody smile. He wasn’t a big guy but he made up for with physical training & a great attitude. He joined ROTC in high school and enlisted in the Marines in 2002 after graduating.

He was just two days out of combat training when he was deployed to Iraq for five months. He was three months into his second tour when he died. He…
6 comments
Read more
More posts